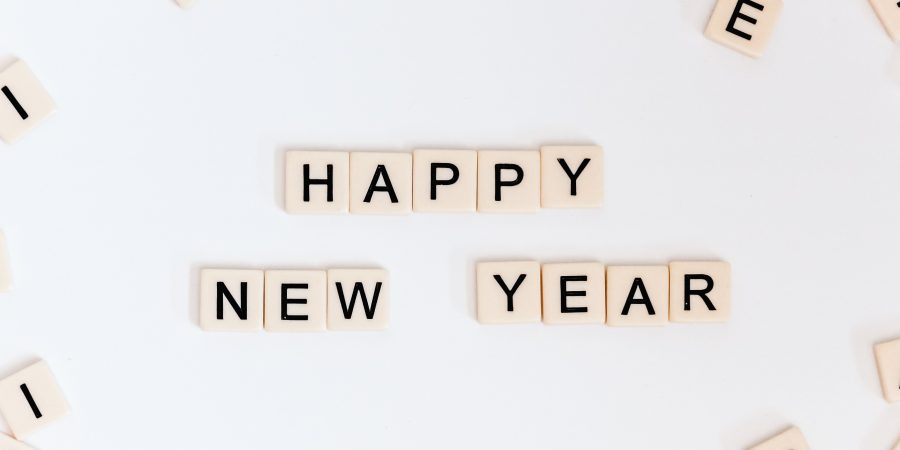 This isn’t so much an end-of-year recap as it is a reflection of what I want 2022 to be. Regardless, it’s a long one, so buckle up. I’m so grateful you’re here.

I don’t know about you, but it’s been a real roller-coaster in my house for the past few weeks (though it feels like months). Less so because of the rush of the holidays and the need for shopping, and more so because sickness hit my home, hard.

The weekend before Thanksgiving, my husband and I decided to host a family dinner in our home to introduce the family to an “American Thanksgiving.” We were just days away from our one-year anniversary of moving to Croatia and becoming ex-pats, and emotions were running high. But I was excited to recreate the dinner I’d been making for years, this time to a brand new audience (save my husband and kiddos), and it was received very well. Almost immediately after having family over, though, I became incredibly sick: dizzy, could barely stay sitting or standing up, difficulty breathing, horrible cough, etc., and it went on for weeks. It wasn’t “the virus”; it felt akin to bronchitis. I started to feel better just days before Christmas (well enough to conscience-free visit the family), but the rush of being around people brought it all back. I crawled my way through Christmas weekend, the next week, and New Year’s with this continued, terrible cough, along with a horrid stomach bug that hit every member of my house, including me.

I’m still not 100%. The cough is improving, but only if I don’t move around a lot and limit how much I talk. I have a call with a client tomorrow, and I’m honestly nervous about keeping the cough at bay.

It’s been a real struggle to feel this way, especially with kids in the house. I’m constantly worried about whether I’m doing enough, if they’re left wanting for anything. Some would say that this is a sign that I am doing what they need, because I’m worried about it, but in the midst of it, it’s hard to look at it that way.

But before this post turns into even more of a long-winded rant about illness, I want to express my gratitude: it forced me to slow down, to rest, and it really gave me time to think about where I am in life and where I want to be going, especially on the brink of a new year.

(I in no way mean to suggest that my clients are not important. I love the work they are doing. I only mean that I feel like I’ve backburnered myself, perhaps completely.)

It was like, I found other people’s work to be more important or meaningful than mine, simply because they were further along on their journeys than I was. It’s taken a lot of reflecting and emotional unpacking, especially over the last few days, to realize what I taught myself and believed about myself, but it’s 2022 now, and it’s time to recognize my work for what it is: work that ALSO has value, no matter what stage it’s in.

I also have realized and admitted to myself that I placed work far above pleasure, so much so that I feel guilty for living my life if it means not working. I don’t know what it means to “stop and smell the flowers” anymore. I don’t know how to go on a walk with my children and revel in it without worrying about the time I’m losing, that I could be spending in front of a computer. My sense of worth, my gratitude, is overwhelmingly wrapped up in what I produce that can be invoiced… and that just isn’t who I came into this world (the publishing world, the literal world, any world) to be.

Fun fact: When I wrote the first version of my full-length poetry collection, at the time called The Separation, I used the word “beautiful” twelve times. I earnestly asked my advisor if that was too many times for a word to appear across an entire collection, and she insisted that it was. I struggled with this, because I LOVE that word. I love its spelling and its sound, I love all that it means and all it carries with it. The poems in which it appeared embraced it. The places where it appeared made sense. I still don’t know if removing most of its appearances was the right choice (I begrudgingly cut it down from twelve times to four, which my advisor still wriggled against), but I do know this: I loved that word for very pure reasons and sought to find the beauty in everyday, and I want to find that beauty again in 2022.

I want to rise early and hear the birds sing, whatever birds are near me compared to my Midwestern home; heck, I want to know which birds are indigenous to this area, who I might expect to see beyond seagulls and gorgeous hooded crows. I want to dwell in art, and I want to create ample amounts of it. I want to note ways in which beauty slips in, both simple and subtle, in as many moments as I can. I want to dive deeply back into poetry and share my attempts with you, as well as poems by others that I just can’t risk somebody missing out on (FOMO in the form of poetry is surely the best kind of FOMO, is it not?).

2020 was hard, even insurmountable in places. 2021 felt harder in other ways. I need 2022 to be different; I think we all do. But I’m not going to wait for the news or anything else to make that change for me; the change is going to be me. I think the change can be all of us.

I think this is long enough now… but I wanted to say hello to all of you, and I wanted to “warn” you that you’ll be seeing a lot more of me in 2022… but it will be the more artistic, poetic me who hasn’t been here in a while. Be patient with her, okay? She’s in the process of waking back up.