Tonight, like every other night, I come to the same conclusion: The Kalamazoo Book Arts Center, and their Poets in Print series, never disappoint. This evening, beginning at 7pm, the KBAC introduced Tyler Mills and Brynn Saito, both with their first collections of poetry. Admittedly, I had never read work by either of these young poets, but tonight, I was in for a treat. . . 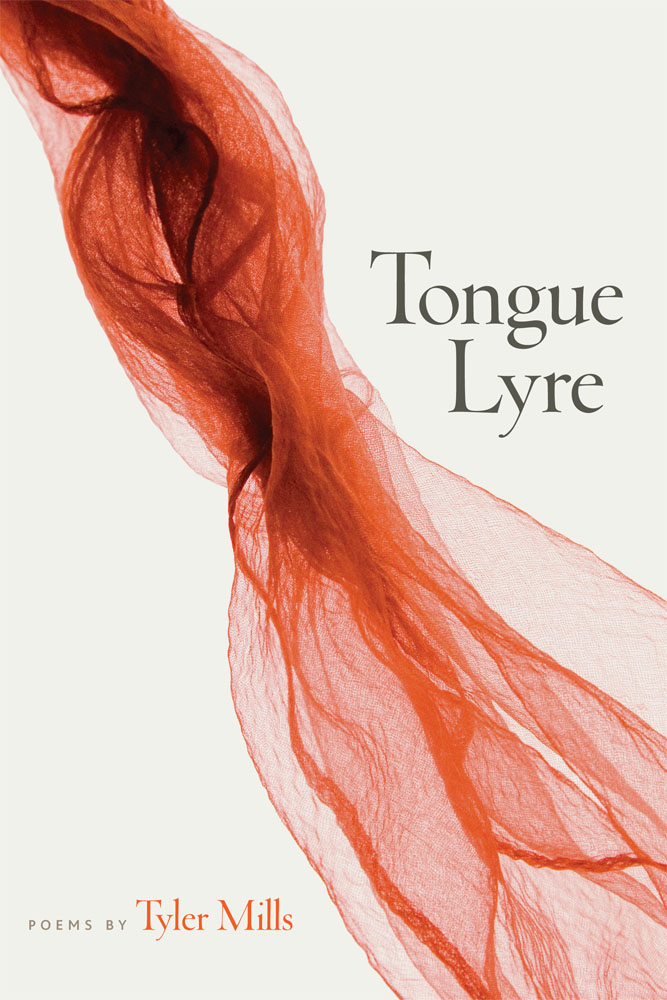 Tyler Mills read eight striking poems from her collection, Tongue Lyre, published by Southern Illinois University Press and winner of the Crab Orchard Series in Poetry’s First Book Award. She began with the opening poem in the collection, “Tongue” (which I’ve included below), and my mind was instantly stolen. From what I have gathered so far, the narrative line in her work is stark and striking, lightly populated with lyric moments that somehow seem to take the line somewhere beyond truth (i.e. “my thighs sometimes still feel like the whites of a poached egg.”—isn’t that brilliant?). Her reading, too, is impressive; while she is quiet, there is sheer confidence and striking enunciation in, both, her voice and her eye contact. She looked at me multiple times during her reading, at seemingly perfect points; and each time, it was as though I were temporarily struck dumb. 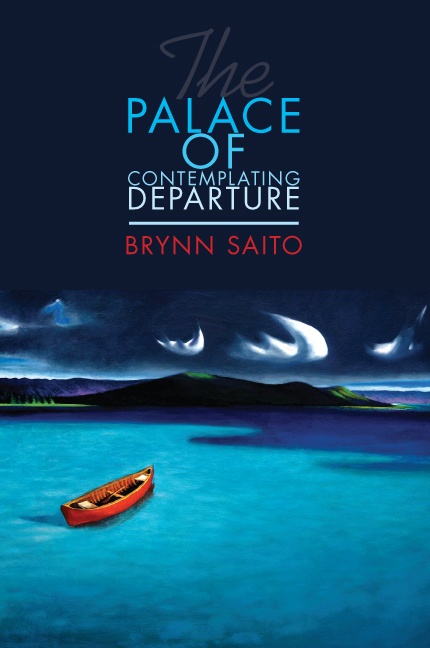 Fantastic, too, was Brynn Saito’s reading from her collection, The Palace of Contemplating Departure, published by Red Hen Press and winner of the 2011 Benjamin Saltman Award. She only read five well-selected poems—four from the collection, one outside—but the poems were commented on and joked about in-between readings, which gave the poems a special quality and freshness that might have been missed if only reading the book alone in a room somewhere. In looking through her poems, there is this wonderful blend of growing experiences (such as first loves, travel, familial memories) and cultural references (for instance, Japanese internment camps in WWII). She, too, has this somewhat-conversational line to her poetry that is frequented by what can only be called surrealism, snapshots, that force the reader to view these poems as living, breathing entities (one of my favorites is “Tree of Life,” included below).

The problem is not night—people gathering in booths—or a game
where you select who to save from an apartment that’s on fire.

But at night, the silver bathroom stalls in the Multiplex crack open
as if I am the last horse to wander out during the credits.

What I mean is, my thighs sometimes still feel like the white of a poached egg.
There is logic to thinking about digger wasps, solitary insects that excavate

nests from the soil and then straddle their prey, usually an August cricket,
ashy as the blade of a waterlogged feather. And at night, the hermit thrush

calls, flutters to a new tree, calls, and soon the grove hosts a quorum
of these nightingale songs when there is only one traveling from tree to tree,

to an oak like the one shading my porch—I go there at night to breathe.
In the myth of Philomela, the King puts his knife down Philomela’s throat

after he finishes, then cuts her tongue out. Before she becomes a thrush,
she weaves what happened: images in a bolt of cloth, a kind of flag.

The newspaper pays for them, the flickering paper flags
leaning on the bottom panel of the doors in the neighborhoods.

Again this year, before dawn, the truck door slammed—I heard
someone cross the street. When I woke, flames were mouthing the air.

Maybe you’re in a place I’ve never been
say Michigan. It’s summer. Poplars throbbing green
all around you. Maybe she’s a Leo

and she’s standing in your driveway
with her breasts like the gospel
and her hot gold hoops. Or maybe she’s a Cancer

and you’re the kid in chemistry
staring out the window, dreaming
of a queen. Writing her a letter

in your blue jay mind: her of the homecoming.
Her of the deep thoughts. Her pale new body
keeping safe an old soul at seventeen. And didn’t

you love her. Didn’t you try. Didn’t you find her
standing in your driving on a Tuesday night
beneath a cracked blue dusk when she was perfect

for the last time. Her of the wild. Her
of the father. Her before the tree of life. Before
she was prey. Didn’t you love her

in your silent way—listening to everything
she could think of to say to you
until her voice made a home for you
and the world went dark.

Tyler Mills was born in Chicago. She is the author of Tongue Lyre, which won the 2011 Crab Orchard Series in Poetry First Book Award (Southern Illinois University Press). Her poems have appeared in AGNI, Antioch Review, Georgia Review, Nashville Review, Poetry Northwest, Prairie Schooner, TriQuarterly Online, and elsewhere; her poems have also been the recipient of awards from the Crab Orchard Review, Gulf Coast, and Third Coast. She has received a work-study scholarship from Bread Loaf and a John Woods Scholarship from the Prague Summer Program. A graduate of Bucknell (BA) and the University of Maryland (MFA, Poetry), Tyler is currently pursuing a PhD in Creative Writing at the University of Illinois-Chicago.

If you would like to purchase Tongue Lyre, please visit Southern Illinois University Press!

Brynn Saito is the author of the poetry collection The Palace of Contemplating Departure, winner of the Benjamin Saltman Award and hot off the press from Red Hen Press (March, 2013). Her poetry has been anthologized by Helen Vendler and Ishmael Reed; it has also appeared in Ninth Letter, Hayden’s Ferry Review, Pleiades and Drunken Boat. Brynn was born in the Central Valley of California to a Korean American mother and a Japanese American father. She lives in the Bay Area and teaches in San Francisco.

If you would like to purchase The Palace of Contemplating Departure, please visit Red Hen Press!