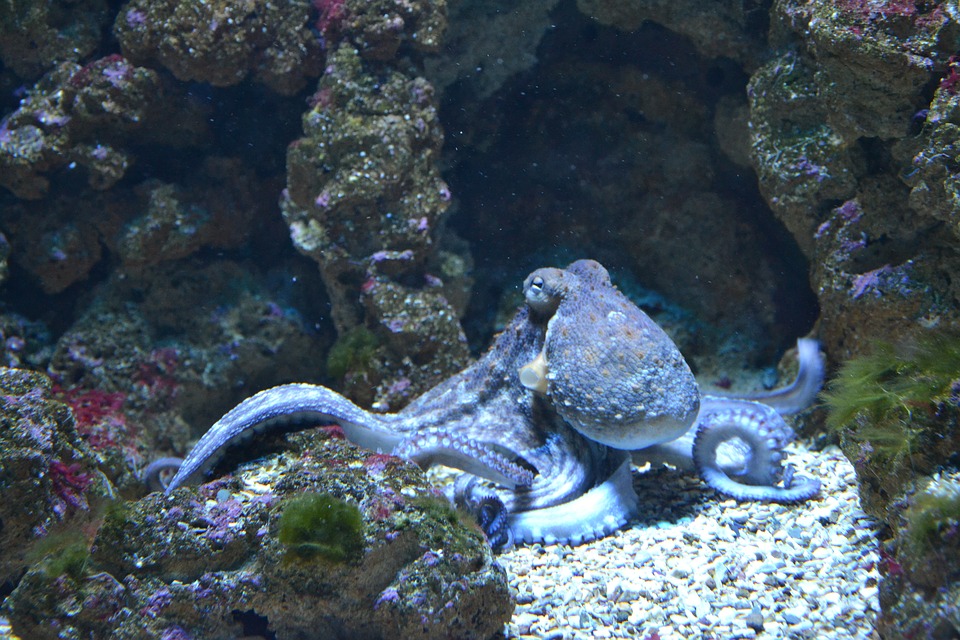 “O God, I could be bounded in a nutshell
and count myself a king of infinite space,
were it not that I have bad dreams.”
—Hamlet

I can see it up there, high in the corner
like a spider hosting its web. This is how my dreams

always play out: so many animals suspended

from the ceiling or sky. They hover above what I deem
is inescapable. They hold their bodies up high

where I can find them upon waking, untouched.

Compared to my body, which seems bruised
& battered blue, hands cramped from the guns

I’ve had to hold, my mind pulling away from me, away

from the stolen kisses, stolen bodies, I’ve seen. I look up
& I can see it, suspended in the corner

with its eight wandering legs, anything but

spider-like. I hope it will find the way out where
I can follow, but instead, it waits, eyes closed

from deeper blue into coriander, into maroon,
into salt. It dreams & becomes the only thing in the room

with color; it becomes the thing I watch

while the world falls around me. Its beak
hums over the dust.

Happy Wednesday, friends! I hope your week is everything you’ve hoped for.

In the meantime, it’s Writing Prompt Wednesday! I’m so happy to bring this feature back.

For those of you new to this feature—Every Wednesday going forward, I will write and share a poem that was written from some type of writing prompt, as well as the prompt that was used and a few thoughts about the writing and revision process.

So, let’s get back to this week’s writing prompt and poem!

Like I’ve said previously, your writing prompts can be very simple. I want you to be able to draw inspiration from anywhere, no matter how simple, straight-forward, or complex.

This week’s prompt came along accidentally. I saw one of Laughing Squid’s more recent posts, which is entitled, “A Sleeping Octopus Changes Color While Dreaming,” and I thought, “That really should be the title of a poem.” So I used the line, and wrote to the title of the poem.

The Hamlet quote came to me because of the “While Dreaming” clause. I simply used the quote, because it represented the general vibe I was going for in the poem. If I attempt to publish this poem at a later date, I will keep the title (while giving credit to Laughing Squid, of course), but I probably won’t keep the Hamlet quote, as it isn’t referenced in the poem.

Your Challenge! Find a line from something, anything, that is provocative to you: beautiful, challenging, haunting, sexual—whatever gets you writing. Use that line as the title of your poem, and let it guide the content of your poem. The rest is absolutely up to you.

And then share, share, share! I would love to read the poems you write, give you a little feedback, and then share a favorite or two on my blog for Writing Prompt Wednesday next week.

I look forward to reading your words soon! Happy Inspiration to all!