Writing My Own HOCUS POCUS, Working in Publishing Again, and the Final Days of Summer: September 9th’s Feature Saturday 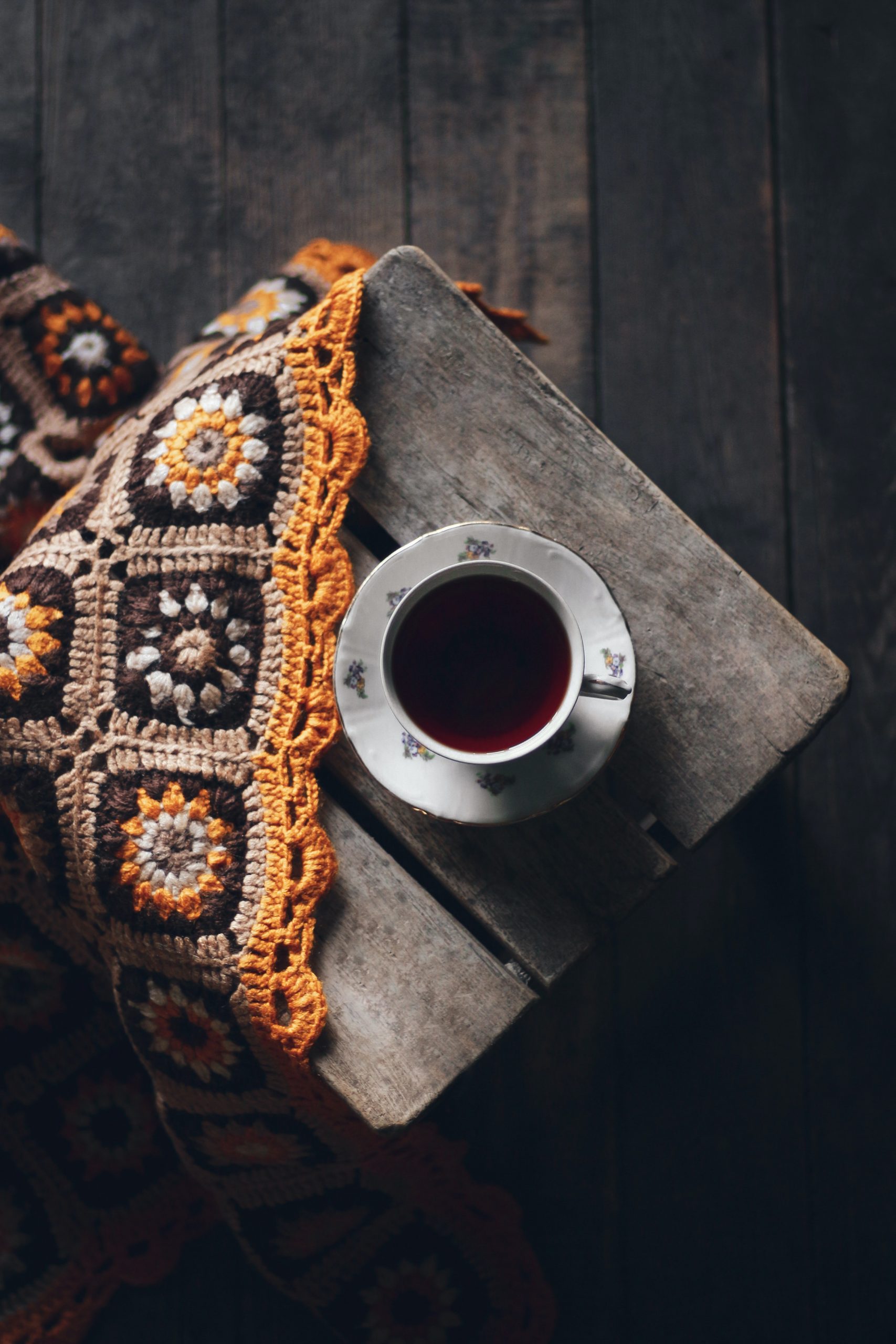 Happy Saturday, friends! I know I usually post my Feature Fridays on—well, Fridays—but yesterday was an especially exhausting day, so I hope you’ll forgive me for posting late. A sick kiddo with a high fever, a full day of work, an unexpected editing project, and way too much laundry will do that to you!

But I also haven’t been posting my Feature Fridays, or any of my content, regularly lately, and I wanted to share a little about why this week! As you can see from the headline of this week’s Feature, I’m back to working in the publishing industry! Officially a month ago, I started my position as the Senior Editor at BookTrib.com, and I could not be more excited about it. I’ve been writing book reviews, searching for book and industry news, collaborating with authors, writing press releases and reaching out to podcasts, and I’m honestly having so much fun. I know I’ll be better at what I do in even just one more month, I know there’s a lot to learn and improve, and I also know that I have approximately a million ideas of how I could be more involved at BookTrib in other ways—and I’m just so grateful and excited to be a part of the team.

This is the first full-time position, with set hours, that I’ve held since 2018, however, and it’s taking some work to get adjusted! I’m used to working full-time—way more than full-time, if I’m being honest—but those hours were flexible and around the clock. Anyone who has ever freelanced will understand me when I say that you can put in all of your “standard office hours” after your kids go to bed and before they wake up in the morning if you’re dedicated enough to changing your sleep schedule. But I’m honestly loving the change and being a part of a team again—especially a team that is book-focused and making a positive difference for writers (indie and traditional) and the publishing industry. I’m learning to rise early in the morning to practice some self-care, squeeze in those household chores before the work hours start, work in dedicated time blocks throughout the day (AKA: becoming friends with deep work), and then plan for how I’ll commit to my family; I actually keep notes in my planner for what I’m going to cook, what activities I want to host for my kids each day, and what we will either go out or stay in to do each night. But there’s freedom in knowing that the evenings are now mine—for my family, for a shameless movie, for reading again, for writing a daily poem, and simply, for me. I haven’t felt like evenings were mine since I started freelancing more than five years ago, and I honestly feel so free.

I think that’s enough about that for now, though. I’ll likely write in the future about the transition away from purely freelancing, deep work, and planning for the fun and the family, but for now, I want to get back to creative writing.

It’s September, which means that tourist season in coastal Croatia is officially over. And for some reason, something about the quieter streets, the emptying beaches and sidewalks, and the upcoming business closures makes it so much easier to focus on reading and writing than those busy summer months. It’s like the world is shutting down and going to sleep for the winter, not just the trees.

Okay, have a little patience with me on this one, because I’m still figuring this out myself—but I feel REALLY good about it and want to share it with you now, rather than when the idea is a little more developed.

As you know from previous newsletters, I’m still writing a revising my first short horror story collection, What We Find in the Dark. I want it to be really good, and as much as I want to share it NOW, I don’t want to rush it and have the stories be sloppy. Well, while writing this week, I put the final touches on a quirky little story called “Black As Black,” which is a dark contemporary retelling of Hocus Pocus.

I don’t know about you, but Hocus Pocus is one of my fall comfort films: Bette Midler’s humor (and having almost all of the best lines, let’s be honest), the music, the aesthetic, Benny, and of course, Thackery Binx.

But growing up, I didn’t really consider… the gravity… of the film. These three witches were stealing children and absorbing their life force as their own. While these witches were able to remain perpetually young to middle-aged, these children were no more. Growing up, I knew that—we all saw the opening scene with Binx’s little sister—but did we really consider the depth of that, how terrifying it was?

Well, this short story didn’t shy away from that. To make matters worse, it puts a spin on the “Dance until you die” scene from the original film, but set in a coffee shop with cursed coffee creamer, and there are so many children who have gone missing…

…But when I finished the story, I realized it wasn’t finished. It was good, and it’s a “fun” snapshot of the larger story, but it wasn’t finished. I made some notes about the world I was building, how I wanted this whole town to be hexed into being unable to tell anyone who didn’t live there (so all of these children are going missing with no news media coverage, no police involvement), how young and alluring these three women actually were, and I knew I had a lot more to write.

I know it’s technically “fan fiction,” but… when you read it, you’ll realize it isn’t. It may reference the Sanderson Sisters we grew up with, and there might even be a myth about a lingering black cat, but that’s where it stops. The rest is mine, it’s gothically gorgeous, and it’s chilling.

I don’t think I’ll have it ready in time for the Hocus Pocus 2 film release, but it will be ready in time for Halloween. In a perfect world, the full version of Black As Black and What We Find in the Dark will both be available by then—and maybe I’ll even offer some limited-time signed copies and spooky book boxes.

This is the first time I’ve posted here since I started working with BookTrib, so I wanted to share the bookish content I’ve written for them so far (and there is so much more to come; I have a stack like this of things that I’ll be writing between now and January (yes, I already know some content that I’ll be writing in January 2023; it feels wild)).

A Great Read for Remote Workers and Managers: “Succeed in Your Career with How to Win Friends and Manage Remotely“—read it here.

Also! As you may have seen yesterday, I randomly posted a book review here—Balazs Lorinczi’s queer YA graphic novel, Doughnuts and Doom! Since it’s a graphic novel, it wasn’t quite a fit for BookTrib coverage, but I’m all about putting more queer teen rep, queer love rep, and witchy rep into the world—so here we are!

You can read that review here: Your Next YA Graphic Novel Pick Is Sprinkled with Spooks, Awkward Love, and Magic in Balazs Lorinczi’s DOUGHNUTS AND DOOM

Honestly, I wish! I have so many article ideas lined up that you would not believe, and I just haven’t had the time or energy to write them. I want to rework my routine a bit, so that I have maybe two days per week that I can dedicate a solid block of time to write about writing, mental health, entertainment, parenting, and other things—not to mention my Not Your Typical Digital Nomad and Seafoam Green Poems projects I told you about back in August!

Hopefully coming soon, I have some work about the emotional impact of poetry (and Woody Harrelson), spooky season and mental health, and true to me and my brand, some stuff about Pennywise the Dancing Clown.

I was light on the poetry this week, I’m surprised to say, but I’ve been deeply immersed in fiction—especially Stephen King.

I’m reading Stephen King’s latest, Fairy Tale, and I’m absolutely in love with this story already. Refreshingly, surprisingly, there’s an emotional core to this novel that I don’t normally see in King’s work, and when I say I’m in love with these characters, I deeply, desperately, mean it. I have no idea where this novel is going to go, but I’m enjoying the ride.

Also this week with the BookTrib, I checked out some other novels that I want to shout out: Maggie O’Farrell’s The Marriage Portrait, Ann Cleeves’ The Rising Tide, Kim Bartosch’s Ask the Girl, Craig Johnson’s Hell and Back, Molly Salans’ A Break in the Fog, Ali Hazelwood’s Love on the Brain, and Shelley Burr’s Wake. There are just too many good books in this world!

(Sidenote: I found out today that Stephen King and my favorite YA author, Carrie Jones, both live in Bangor, Maine. Croatia’s coast is nice and all, but why haven’t I at least visited Bangor?! It’s a mystery only Agatha Christie could solve.)

At this point, I think everyone has heard about the passing of the Queen of England, but much more quietly and humbly, we lost Sterling Lord (the literary agent who signed Jack Kerouac and several other huge names in American literature) as well as Peter Straub, who was a wonderful writer, but also an incredibly coauthor to Stephen King and several other big-name authors. They’ll be sorely missed, and I’ll be sinking back into the work they created and surrounded themselves with soon—especially Peter Straub and Stephen King’s The Black House, Jack Kerouac’s On the Road, and Ken Kesey’s One Flew Over the Cuckoo’s Nest (and with my children, the Berenstain Bears).