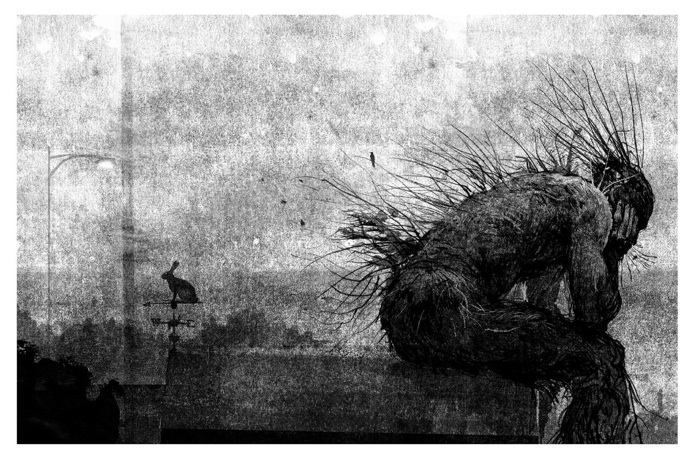 Hi friends! It’s been a really long time since I posted or shared work with you, and it bothers me. I’ve still been reading and writing from my quiet little corner, but I’ve minimally shared, and that isn’t who I am as a writer: not to draw attention to my own work, or to pat myself on the back for any work that I may have done, but for the joy of the writers and their work that I’ve discovered. It would take more time to go back through all the great works that I came across in the last few months than it originally took me to read them—so instead, I’m going to take some time today, on a slow Tuesday evening, to share a little about the genre that has kept me going, or pulled me back into the game.

I don’t know about you, but when I want to write more often, or need inspiration for a fresh start, there are certain authors, and genres, that I run to. These genres and people, they are among my favorites, they always inspire me, and I always think of new material after diving back into their work or into the genre.

The genre I’m referring to, perhaps weirdly enough, is horror.

Retrospectively, when I was a younger writer, I turned to scary stories and novels by Stephen King mostly out of the desire to read something that I loved—but coincidentally, I would always find my way into a poem, pausing at the end of a chapter or at the result of a great line to take down a few lines of a poem that I would inevitably finish within reading the next few chapters. But I finally realized sometime after my first poem was published (back in 2010) that I was drawing energy from the genre, and a lot of the lyrical quirkiness that I owe to my writing relates back to some of those weirder, darker scenes, mostly found in King’s work, among a few lesser-known others.

So, at the moment, I’m back inside the genre I love, both to fulfill that dark want for inspiration but also because I’m pregnant and weirdly fascinated with the horror genre right now (to the point that I keep cracking jokes about this, and assuring others that this isn’t Rosemary’s Baby). What’s interesting and new, though, is I’m directly using the genre to write poems this time around. I’ve been working on writing an erasure poem of a full-length horror novel for a while now (a LONG while now, since it’s unfortunately been on the back-back-back burner), but this time, I’m taking a moment here and there to write down the lines from these books that strike me, so I can take them back to the page in a new way and write a poem.

The style of poem I’m currently poking around in is called a Golden Shovel. I know several lovely contemporary poets who are working in this form, mostly with poetry and lyrics, but I’m really interested to see what happens with fiction. The primary structure of the piece is to take a line or series of subsequent lines that you love, and write the line out vertically on a physical page; one word from the sentence should appear as the final word for each of your lines of poetry, kept in the same order as the original sentence, and omitting nothing. And as long as you recognize the original author and piece in some way in your poem, the poem itself can deviate as strongly from the original topic (or in this case, genre!) as you would like. I’m really interested to see how this goes, in taking moments from the horror genre and transforming them into poems.

In the coming days, I’ll share how the process is going, along with some images of how these Golden Shovels—or, as I am coining, “Horror Shovels”—appear on the page, and maybe even a completed poem. We’ll just have to see!