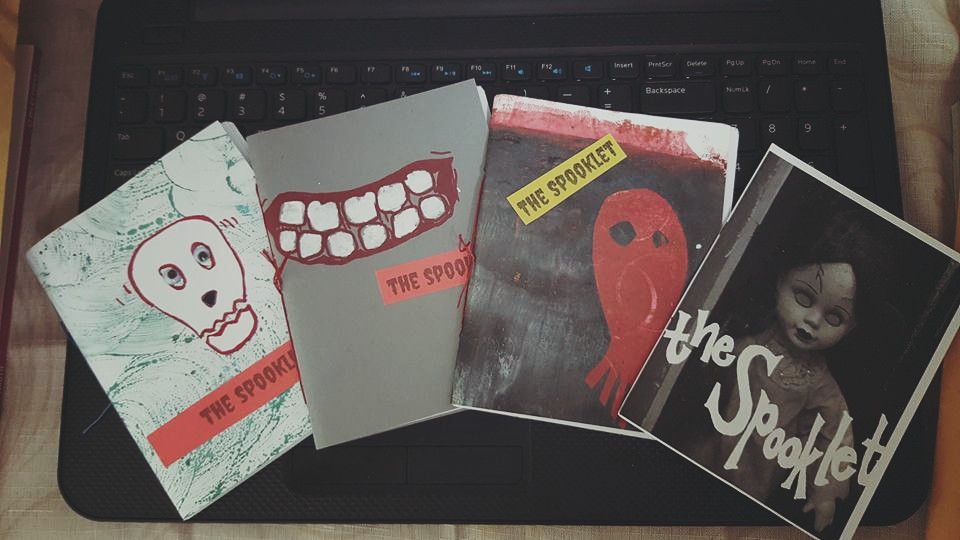 “My Dream Post-Election Day,” Thank You for Swallowing (January 2017): link

“Caterpillars,” All We Can Hold (May 2016), online archive pre-anthology: link

“Gunshots and Fireworks are Sort of the Same in the End.,” The Birds We Piled Loosely, 6 (January 2016): link

“Where the Antelope Do Not Have Ears,” Emerge Literary Journal, (December 2015): print

“Before I Turned Away, the Evidence was Exposed.,” Emerge Literary Journal, (December 2015): print

“Bad Omens” was one poem of nearly 1,000 entries to Vocal Poets’ 2019 Poetry Contest, “Poetry-in-Motion,” in honor of National Poetry Month. One winner, and three runners-up, were selected for this contest. “Bad Omens” was one of the three runners-up poems, which included a small royalty and an absolutely beautiful visual poem representation of an excerpt of the poem. You can see the video of my poem “Bad Omens” by Julianne Waber here, and you can see the announcement of winners (and links to their poems and visualizations) here. April 2019.

“Caterpillars” was accepted for the online archive of the All We Can Hold anthology, leading to its culmination, printing, and release. The finalized anthology is now available here.

“Shopping for T-Rex,” my childhood memory / dinosaur poem, was nominated by Whale Road Review for Best of the Net 2016. Thank you, WRR, for your support and love of this poem!

“For My Doppelgänger” first appeared as a part of the Second Sight/Insight II exhibition at the Kalamazoo Institute of the Arts (KIA), alongside Flo Hatcher’s lithograph, Box with a Sky Window. Displayed January 2015—May 2015 before being picked up and published by Encore Magazine.

“Excavation” also received a nod from Horse Less Press for their December 2015 issue, in addition to publication with New Mexico Review. Though it would not be able to be included, I greatly appreciate the support of Horse Less Press, and the excitement “Excavation” has witnessed, then and since!

My chapbook (or chapbook-length poem), Dear Earth / There Are Birds, received an Honorable Mention for the 2014 Celery City Chapbook Contest in Michigan. I was also invited to read excerpts from the collection in Spring 2015. November 2014.

“Domesticity” received an Honorable Mention at the 2014 Western Michigan University Creative Writing Contest, in the graduate level division of poetry, judged by poet Adam Clay. March 2014. Here are the comments Clay offered for the poem: “In ‘Domesticity’ the poem’s violence is wrapped in surreal images that take on a life all their own, with ‘teeth [as] white scarecrows / after too many fights’ and ‘knives…charading / in children’s clothes.’ Perhaps what makes this poem even more compelling is what’s left unsaid, the violence that even language cannot understand.” There is also a short piece in the Western Herald about the Awards Ceremony, here.

“Lost & Found” was published in the in-house publication, Analecta, and received an Honorable Mention. January 2011.