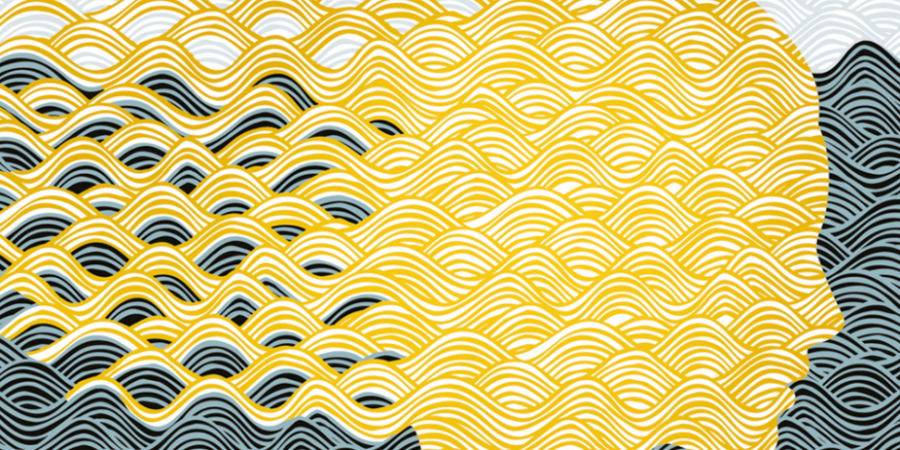 I’ll be honest: I’ve spent the last two days trying to let this book go (or rather, to pry its hooks out of me). This book is all at once startling and overwhelming, beautifully composed, and thieving (as ‘haunting’ in this case is not a strong enough word).

I flipped back through the book, reviewed all of my (many) notes, and reasoned through what I had read and how I felt about it — but I didn’t achieve any sense of mental or physical normalcy until I dove into my next read. (This should be my first warning: I personally struggle with frequent episodes of depression and anxiety, as well as lingering postpartum depression symptoms, and this book brought all of those feelings to the forefront.)

To state it more explicitly: This book didn’t leave me feeling uplifted or hopeful, and it didn’t leave me heartbroken. It left me in a different state of brokenness: empty, depressed, aimless, puzzled.

I imagine very much that this is the state the two daughters from the book lived in for much of their childhood. While Nanette (Nan) and Flora slept, their mother (Ingrid) sat on their veranda, composing letters to their father of the titillating, troubling, and adulterous relationship they had shared. In her final letter to her husband, Ingrid refers to taking one final swim. Finding her items on a nudist beach near their home, the town believes that Ingrid either committed suicide or drowned — all except for her husband (Gil) and younger daughter, Flora.

But 12 years later while in a bookshop, flipping through a copy of a book that his daughter had donated for him, Gil came across a letter his wife had written for him. While writing letters throughout the night and early morning, Ingrid had placed her letters in a few of the thousands of books her husband collected. He was rereading her letter, one of many, when he saw a woman through the window in the rain who appeared to be his “late” wife.

This moment occurs at the beginning of the book, in the present, and the rest of the novel watches the family spiral not only with the curiosity of a mother disappearing and reappearing, but also with the decline and terrible secrets of a father. The book is divided into two types of chapters: the present moment written in prose, and the past written in the form of Ingrid’s letters. The letters detail her marital relationship with Gil, from the moment they meet to their relationship’s untimely end. Countless questions are left unanswered for the characters and for readers, including (the two things that anger me the most) how many of Ingrid’s letters Gil actually uncovered and what actually happened to Ingrid.

There’s enough to the story to guestimate answers to these questions, but we then have to decide for ourselves if that is enough to satisfy us. I have two theories about what happened to Ingrid, both of which make equal, awful sense, but I only hope for one of those possibilities to be true — and the never knowing will be a terrible blip in my own timeline. As for her letters, I eventually found Gil to be an awful person, so I honestly think he only found one of her letters — and the evidence and knowledge contained inside was enough for him to want to burn all of his books so that no one else would uncover any of the other terrible truths contained in his books. This assumption makes me dislike Gil’s character all the more, the selfishness of protecting his ego and precious public image (can you tell how angry I am yet?), but also knowing that Ingrid put all of that time, effort, and emotional labor into those letters… and not knowing how many of them were actually received… exhausts and infuriates the absolute heart out of me.

As for the actual novel itself, it’s really about two people’s storylines: Ingrid’s retelling of being overcome by Gil, really in every way, in her letters; Gil dealing with all he has done and giving himself closure with all the other people in his life, since he can’t achieve it with Ingrid; and everyone else tumbling in their wake. As readers, we’re thrown back and forth between what Ingrid was put through and what led to her disappearance (whether it was fleeing or dying), and what her disappearance ultimately put everyone else through as each of these quirky, self-involved people find a way to cope. I found the book to be exhausting, even if it’s likely to be true to a point, because the book was so focused on a tragedy that occurred 12 years prior and was only really revived because of an accidental observance of a woman who looked like Ingrid, or an apparition in the rain altogether, invented by a man who was ill and in the final days of his life.

But I constantly find myself going back to the moments when more of Ingrid’s letters could have been uncovered and were not: picking up a copy of a book that she said she left a letter in, for example, or another book she left a letter in tumbling to the floor. How easy would it have been to flip through the book and come upon the letter? Or for the letter to slip out of the book ever so slightly when the book fell to the floor? But the author was not interested in providing those moments of connection or closure for us. We didn’t get to see anyone discover a letter or interact with it or grow as a person after reading more of Ingrid’s story. I find that troubling and perhaps a missed opportunity for growth in the book.

The ultimate lesson here? We’ll never know what we’re really leaving behind if we choose to leave — what will happen to our things, who will miss us, and how they will cope in our absence.

For all the reasons I’ve mentioned, and for many others, this was truly a troubling read. The emotional vindication, the absence of redemption (or redemptive qualities), moments of postpartum depression (and psychosis), multiple instances of unwanted sexual advances and coercion and almost-assault, the neglect and abandonment of children… everything in this book is possible and can be found on the news every day — but for all of these things to occur within the same family? The characters were incredibly trying, and for a book so rooted in self-involved people, it made the story incredibly trying, too.

I don’t want to give too much of the ending away, but there is a moment where the world has very literally burned down, and we see these two young women suddenly reunited, hopeful, and… dancing. It’s a jarringly odd moment that I found to be too easy and quite unbelievable, something that in movie form, would have left me saying, “It was a pretty good movie, but I hated the end.” After all that we’ve gone through with these characters, all the ways they test us, and all the ways they (and we) are tormented, I question what it would take to be “enough” of a pay-off to lift us out of the darkness the author has created. I understand grief and healing and the slow road to recovery that follows, but if the author wanted us to feel any semblance of beginning to heal… I just don’t think this ending was it.

What I kept reading for wasn’t the storyline but the writing style. Fuller has a way with writing, and Swimming Lessons is a solid, ongoing example of truly gorgeous prose. I found myself spellbound at times, and at others commenting to myself, “Wow, that’s a great line.” But even in all of the beauty of her craft, Fuller sold herself short with frequent mentioning of Ingrid’s disappearance, the image of Ingrid walking away, as well as illusions of swimming, diving, raining, and falling/flying fish. While these details were important to the story, the frequency at which they were mentioned (especially when paired with the on-the-nose title, Swimming Lessons), was entirely too much. This frequency is the one thing about this novel I am able to let go of, however, because of the beautiful way in which it is otherwise written: the prose, the details of the scene, how swimming is described, the well-crafted dialogue. Fuller didn’t start writing until she was 40, but with how good she is, she might as well have been writing her entire life.

This book was really beautiful, even if the story was troubling and aggravating, and the characters utterly unloveable. I think there’s something to be said about that: creating unlikeable characters that you still want to read is as hard, if not harder, than creating truly well-rounded, lovable ones. And the premise of the story was so good, even if it was a little overwrought by the end. And those darn fish — they’re way over-mentioned by the end, but when they first appear — their color, their movement, their fall — wow.

In case it wasn’t clear: I deeply loved this book. It was a heartbreaking and terrible journey, truthfully — but that’s only because I cared about the story and its characters so much. They were so imperfect, and the story had its issues (like they all do), but if this book had troubled me in these ways and I hadn’t liked it? I wouldn’t have finished it. I am grateful to have read Swimming Lessons, and I’m sure I’ll read it again (when my children are older and PPD no longer holds out its lingering fingers), as well as Fuller’s debut, Our Endless Numbered Days, as well as her next and her next and her next — .

CLAIRE FULLER gained a degree in sculpture from Winchester School of Art, but went on to have a long career in marketing and didn’t start writing until she was forty. Her debut novel, Our Endless Numbered Days, won the 2015 Desmond Elliott Prize. She has an MFA in Creative and Critical Writing from the University of Winchester and lives in Hampshire, England with her husband and two children.