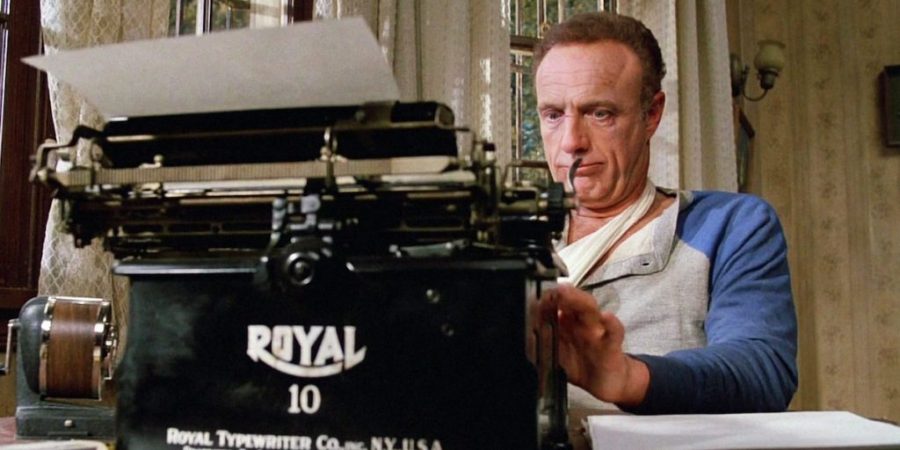 Happy Friday and Happy July 8th, friends! I still can’t believe we’re in July already—and a week in at that! I think this week felt especially fast because of the holiday. July 4th is not celebrated in Croatia, of course, but we were already traveling for other reasons, so we observed it by being on the road.

It’s felt sort of hectic, too, because our daughter has had daily swimming lessons throughout the week, and there have been some maintenance-related issues at home. All things that are small on their own but which have their way of making the time fly.

I have big plans for myself this weekend, though! Though it’s so far behind schedule, it’s basically not even on a schedule anymore, I’m still chipping away at the stories that will be included in What We Find in the Dark. I actually threw out two stories that I put a lot of time into but which simply weren’t working (they’re not totally gone, but they’ve been put away for another time), and I’ve generated ideas for several replacements… so now instead of being a 10-story collection, it’s going to be an even dozen.

More about all of that below!

I’m just so proud and have to shout this out again: Global Perspectives

I shared in my last newsletter that I was involved in the writing of Global Perspectives on the Liminality of the Supernatural: From Animus to Zombi, edited by Rebecca Gibson and Jay VanderVeen.

I contributed to the concept by focusing on vampire lore that originated in Australia and addressed how Oceanic literature was impacted by Western popularity – until recently. Gone are the days of sparkling vampires and Australian vampires planted in cityscapes like New York and Chicago; and in are the legends of real vampires, bunyips and drop bears, classic Australian landscapes and wildlife, and of course (a creature I’m now sort of obsessed with), the Yara-ma-yha-who.

Find me in Chapter 4: “The Yara-ma-yha-who, ‘Real’ Vampires, and Aboriginal Erasure: The Uncovered and Retold Vampires of Australian Horror Fiction.” I LOVED writing it, and I hope you’ll enjoy it, too.

You can find the e-book on Rowman & Littlefield’s website, as well as on Amazon, and the physical copies will be available later in July. Thank you for following along, and thank you for the read.

Will We Ever Find Out What We Find in the Dark?

Actually, and (self-degrading) amusingly, YES. I made fun of myself at the beginning of this newsletter, saying that this short story collection was so far behind schedule that it essentially wasn’t even on a schedule anymore—which made me laugh at least—but my love for this book, and my excitement for it to become a reality, has not died.

I’m not ready to talk about this with you yet, not fully anyway, but I’ve been doing with a lot of health-related problems, particularly in the last six months. That’s actually why I was traveling on July 4th, not for the holiday. These issues have really slowed me down because of chronic pain, exhaustion, an inability to concentrate or form full sentences that make sense to anyone besides myself, and a myriad of other symptoms that I won’t bore you with.

But I want these stories to exist outside of my head, so I’ve been trying to work on them a little each day, and some of them, like “The Duplex,” are forming into longer stories than I originally planned, which does not upset me in the least.

Among my favorites so far are, still, the quirky other-mother from “The Duplex,” a modern rendition of Winifred Sanderson in “Black as Black,” a horrifying woman who has to be a mashup of Rear Window and Sybil in “Mary, Mary,” and a sweet little boy who saves a girl’s life in “Benjamin’s Corner.”

I’m aiming to have this to you by the end of July 2022, and then I have one more project for you for the end of August 2022—something involving my genre of origin (poetry) and dinosaurs.

My reading was very focused on articles and professional development this week, so I don’t have a lot to share, but there was one poem that seriously struck me, and I keep thinking about it.

“A hallway full of shadeless lamps suddenly goes dark
Upon the simultaneous bursting of the globes.
Glass is everywhere, and so thin it forgets

To reflect even the tiny glimmer of your
Matchlight as you pull out your wish
Cigarette.

This is it. The immediacy of the final desire.

If you’ve ever talked to me about my writing and what interests me in my work, then you know that I love writing about beauty and finding it in unusual places: in the unexpected, the mundane, the strange and quirky, and even in things that are typically ugly or dangerous. That’s why, when I read The Book Thief, despite being an avid Holocaust and World War II researcher, I latched onto the beautiful portrayal of Death more than anything else.

Also, when I read John Green’s The Fault in Our Stars, I was really blown away by his opening epigraph, which was actually a quote from a book that he had created only in the world of that novel (An Imperial Affliction by Peter Van Houten).

“As the tide washed in, the Dutch Tulip Man faced the ocean:”

“‘Conjoiner rejoinder poisoner concealer revelator. Look at it, rising up and rising down, taking everything with it.'”

For whatever reason, I’ve always credited that character (the Dutch Tulip Man) as a depiction of Death, going hand-in-hand with its depiction from The Book Thief, and quite frankly, I wanted more of that depiction.

I’ve been playing with the idea, for a long time, of a short story-poetry collection, circulating around my own rendition of this character as one who is gentle, admires beauty, and appreciates the fragility of life. Finding this poem stoked that fire inside of me, and I think it’s the next short story collection I will write after What We Find in the Dark.

I don’t have any new book reviews to share with you this week, but I have a few incredible ARCs (Advanced Reader Copies) that I’m really looking forward to! Be on the lookout for these reviews:

Last but not least, this is a new section I’m excited to share! There’s been so much going on in the publishing industry, issues with acquiring printing materials after the pandemic, excessive book-banning and censorship, and news in the #Bookstagram, #BookTok, and #BookTwitter communities… There’s always so much circulating, so I’d love to share a recap of what I see throughout the week or at least a highlight of something that came up in my perusal of book news.

For this first one, it’s not quite so book-related, but I’m touched by the passing of actor James Caan at the not-so-old age of 82. He was the Godfather to many, but to me, he was first Famous Author Paul Sheldon, in the film adaptation of Stephen King’s Misery, opposite the incredible Kathy Bates. Much later, he was Cold-Hearted Walter Hobbs (with one of my dream jobs: working in the publishing industry in New York) who warmed with the presence of his son and Christmas.

My children absolutely love Elf and have been randomly been singing Christmas songs since mid-June (someone, send help), so we’ll be watching that tonight. But after everyone goes to bed, I’ll be watching Misery. And because I can’t help myself, and because it’s Stephen King, I’ll probably immediately watch The Shining after that. Then, I’ll write a few weird poems, because it’ll be super late by then, and Stephen King’s work has this way of pulling poems out of me.

But most importantly, I’ll be raising a glass in honor of all of the memories James Caan helped make.

I hope you have a wonderful weekend ahead of you.

Never miss regular blog posts, including Book Reviews and the Poem of the Day Series, among other features!