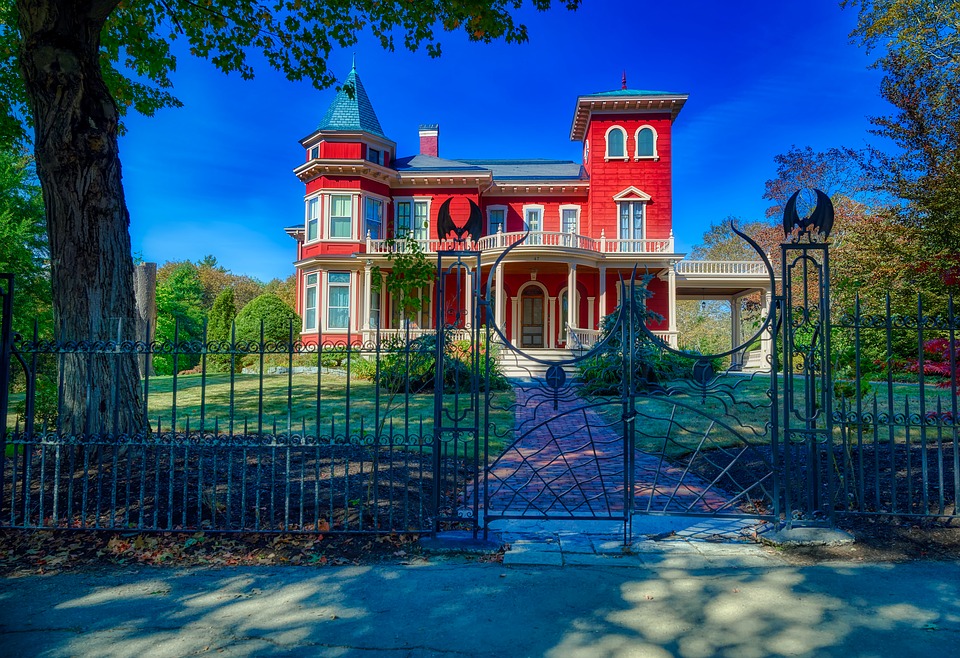 Happy Thursday, friends! I hope you’re having a wonderful week.

I know I already shared some news in the Potterverse this week, but now I have some news about a writer whose inspiration is as old as time for some young writers—including myself—Stephen King!

It has just come to my attention that Stephen King and fellow writer and wife, Tabitha King, are considering converting their iconic home in Maine (you know—Bangor, Derry, Castle Rock) into something new.

What, you may ask?

This is the perfect opportunity for the King family to turn their home into a writer’s archive of all the King’s work (including Stephen, Tabitha, and their sons, Owen King and Joe Hill).

But it’s also a wonderful opportunity for their home to host—dun dun dun—a writer’s retreat!

I’m already swooning over the possibility of seeing a cumulative family archive of works. I’m imagining early handwritten works, rough drafts, and unfinished novels (undoubtedly from the “novel trunk” King mentioned possessing in his memoir and craft book, On Writing).

But I’m also already tempted to start my financial planning for a retreat at the Maine home now, because I can only imagine how much something like this will cost. (A visit to a home in one of the most beautiful, famous towns in Maine, owned by two iconic writers who bore two more, for a writer’s retreat? Yeah, tell me that’s not going to be expensive.)

Despite the potential financial woes of such a trip, the Kings have confirmed that this is something they’ve been thinking about doing for several years, and they aim for the transition to have as positive of an impact on their hometown as possible.

The couple is waiting on approval through city zoning laws for the changes they intend to make to the home. They do not intend for the outside of the home to look any different, which will make the zoning agreements a little more straight-forward. However, they want to host a cumulative archive of the family’s work, have offices for the Stephen and Tabitha King Foundation (their wonderful non-profit organization), and have the accommodations to host a group of writers at a time who are working on independent projects—all of which will require pretty significant changes to the interior, I’m guessing.

Whether or not the home goes through significant changes, the home will still be full of memories. The family lived in the home through the 1980’s and 1990’s, including their time together as a family and as writers. I can only imagine the family memories in the home—photos, letters, videos—if they choose to make those available to visiting writers.

The Kings continue to stress that they do not want to have a negative impact on their neighborhood, no matter the changes. Maine Supreme Court Justice Warren Silver said for the King family, “We want to make sure we minimize the impact on the neighborhood. We don’t want to turn it into Graceland. We don’t want to increase traffic on that street. It’s not going to be open to the public. We want to figure out what the future is going to look like for these houses, and this seems to be the best way forward.”

Residents around the neighborhood are largely enthusiastic about the transition and agree that the change in the home’s purpose could cause positive, minimal change to the neighborhood. Since the transition expects to take several slow, thoughtful years, the neighbors will not be impacted by a concentrated amount of construction sounds as the interior changes. And since the home won’t be open to the public, but only those who sign up for a retreat, there will only be a few extra cars on the street at a time. Plus, on much simpler terms, the neighbors are relieved that they’ll be seeing lights on in the home again, and are grateful that the home will remain associated with the King family.

I don’t know about you, but I’m excited about the King’s plans for their family home. I can only imagine the amount of invaluable content available inside the home that will be passed down to visiting writers who are earlier in their careers. I greatly hope this becomes a reality, that I’ll be able to go, and that any of you out there who also want to go will be able to do the same.

On my hunt for an IT: Frappuccino: “The Hunt for Red [Starbucks],” link

A little bit about why I love the horror genre so much: “A Night of Building a Manuscript and Reading Poetry,” link

2 thoughts on “Are You Telling Me—I Could Go for a Writer’s Retreat at Stephen King’s House?”