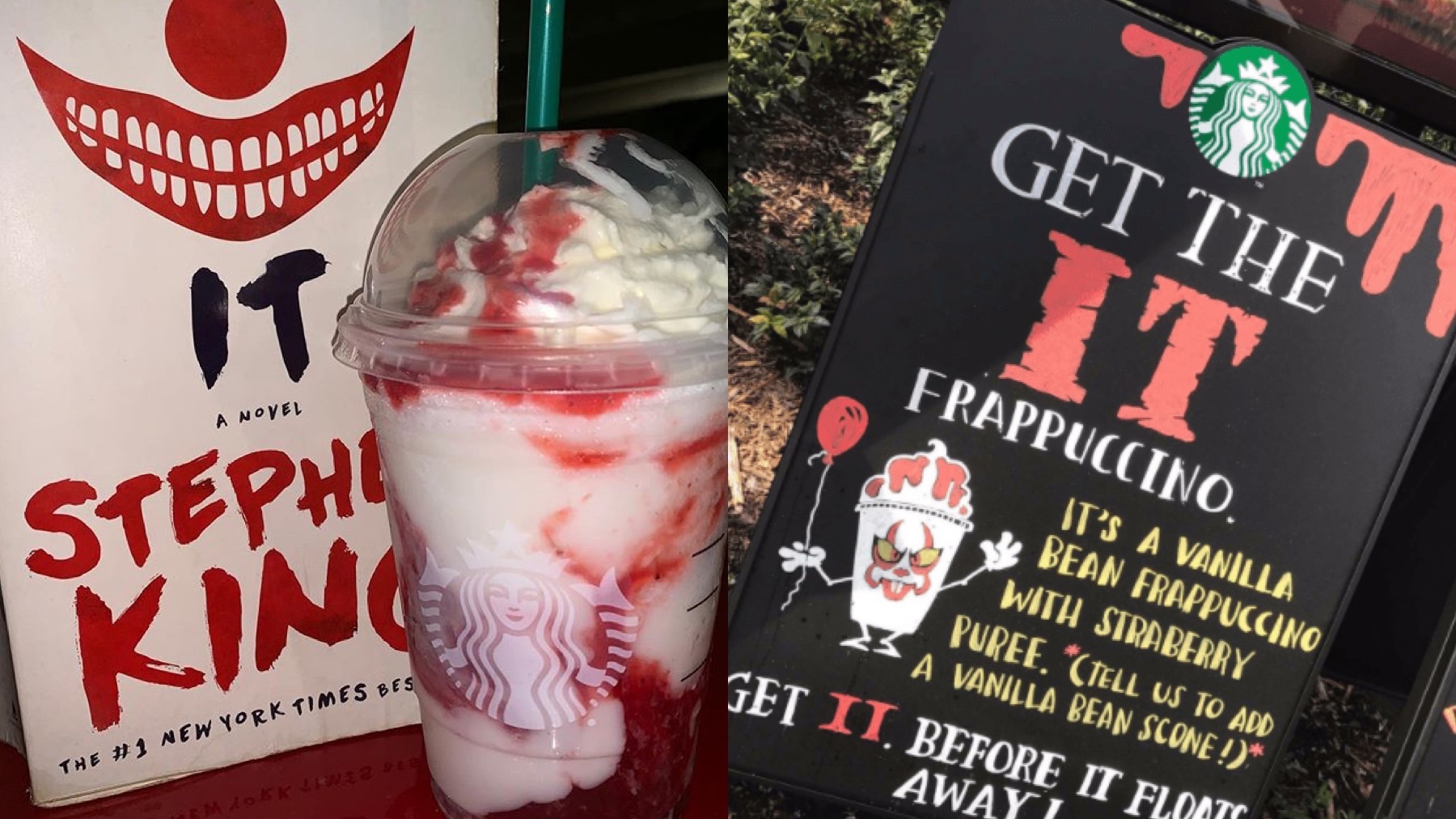 Happy Friday, friends! I hope you’ve had a wonderful week and have amazing plans for your weekend.

Me, I don’t have particular plans, but my friends do! On Saturday, one of my friends is celebrating their birthday (shoutout: Happy Birthday, Jenn!), and one of my other friends is trying out for American Idol. I’m obviously very excited for both of them!

On Sunday, I want to spend time with my family, and hopefully check out an orchard or farm in the area to take my kiddos apple-picking, and maybe pumpkin-carving or choosing gifts for the Great Pumpkin. Something! Fall is officially here on Jenn’s birthday, and I am ready for it.

—which brings me to the real purpose of this post!

Any friends or family who read my blog, and hopefully anyone who has stuck around listening to me go on and on about books and writing, knows my origin-story love for Stephen King.

And of course, anyone with access to some entertainment-based news knows that IT: Chapter Two is currently in theaters (and Doctor Sleep is dropping in November, but that’s a whole other post!).

I already went to see the movie and will say that I enjoyed it, but there’s a whole other post coming about that, once I’m able to officially share some writing that I’ve been doing this September about IT and Stephen King in general.

But the fun continues, with the unreal amount of merchandise that I’ve seen floating around at various stores lately. One thing I really, really, really want is a desk lamp that resembles the red balloon. My husband says it’s ugly (which I think is his way of saying, it’s creepy), but I haven’t given up on sneaking it into my house and sharing updated pictures of my spooky work station. There’s also a particularly lovely notebook (yes, even with Pennywise on it, it’s lovely) that I want to add to my short stack of future creative writing notebooks. Hopefully, I’ll have photos of these two red additions to my home sooner rather than later!

But then Starbucks decided to contribute to the madness, as well! There is currently an IT: Frappuccino out in the world, floating around and fairly hard to find like the red balloon (you have to go to just the right gutter to find it, after all).

But, the great news is that the ingredients for this particularly murderous Frap are available year-round. If you ask for a Vanilla Bean Frappucino, swirled with strawberry puree, and topped with whipped cream and strawberries, you’ll have the IT: Frappuccino at your disposal.

But me being nerdy me, I’m going to walk in there, asking specifically for IT—and if they can’t give IT to me, then I’ll start rattling off the ingredients list, and everyone wins!

That’s about it from me for now! I’m crossing my fingers for a fall-tastic Sunday, and I’ll be sure to share some seasonal pictures. Not to mention if I find Pennywise’s favorite Starbucks drink, or an electrically red balloon, or a specialty notebook.

In the meantime, I’m getting back to my weekly round-ups, for anyone looking for some quick weekend reads, or for those who may be interested in what I’m working on.

This week, it was all trending news work, and some of it was pretty heavy and more difficult for me to work through writing than usual. Fortunately, I was able to work on some entertainment pieces that should be going live sometime next week, and I’ll be able to include them in the next round-up!

Enjoy! And thank you, as always, for the support and for the read.

“9-Year-Old Genius Fills Old Lip Balm Tube With Cheese So She Can Snack On It During Class,” Comic Sands (September 2019): link

“Dad Overwhelmed With Messages From Strangers After His Sentimental Instagram Tribute To His Sons Goes Viral,” Comic Sands (September 2019): link

“Map Showing The Average Cost Of Going On A Date In Each U.S. State Has People Doing A Double-Take,” Comic Sands (September 2019): link

You can find more articles over on my Bylines page, as well as book reviews and poetry. Thank you for reading! And Happy, Happy Fall!